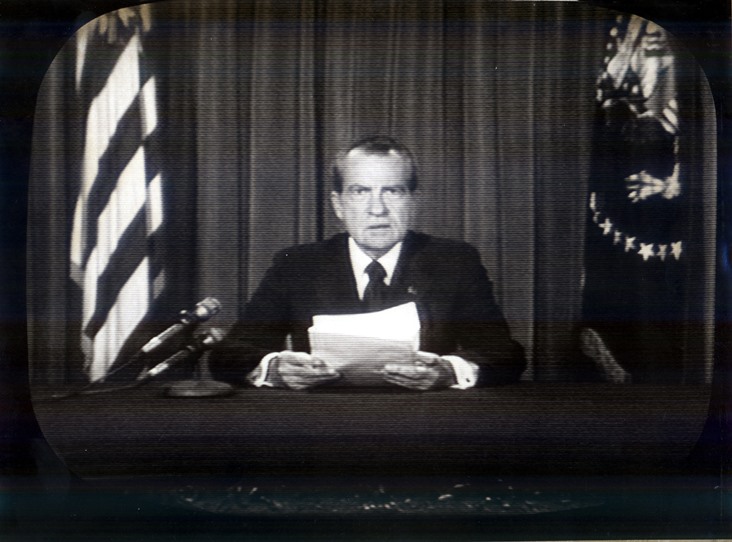 "In 1974, in the case of United States v. Richard M. Nixon, the Supreme Court ruled that the president could not withhold evidence demanded by a federal court. This decision meant that federal courts have jurisdiction (legal power) over the president."

"A grand jury returned indictments against seven of President Richard Nixon's closest aides in the Watergate affair. The special prosecutor appointed by Nixon and the defendants sought audio tapes of conversations recorded by Nixon in the Oval Office. Nixon asserted that he was immune from the subpoena claiming "executive privilege," which is the right to withhold information from other government branches to preserve confidential communications within the executive branch or to secure the national interest."

"The Court held that neither the doctrine of separation of powers, nor the generalized need for confidentiality of high-level communications, without more, can sustain an absolute, unqualified, presidential privilege. The Court granted that there was a limited executive privilege in areas of military or diplomatic affairs, but gave preference to "the fundamental demands of due process of law in the fair administration of justice." Therefore, the president must obey the subpoena and produce the tapes and documents. Nixon resigned shortly after the release of the tapes."