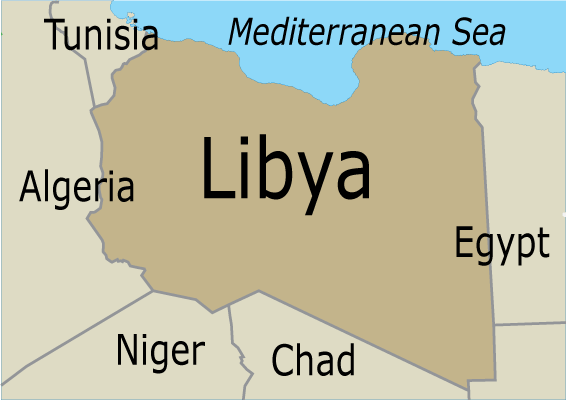 "Violent protests began in Libya in February 2011. The unrest soon escalated into an open, armed rebellion against the rule of Colonel Mu'ammar al-Qadhafi. Qadhafi had ruled Libya since 1969. The Libyan military responded to the rebellion by attacking rebel strongholds, killing thousands. The United Nations and the North Atlantic Treaty Organization intervened to protect civilians. By August 2011, rebel forces had gained the upper hand and controlled most of the country. Rebels killed Qadhafi in October. The National Transitional Council, the political arm of the rebellion, took power as Libya's transitional government."

This list of Keywords and phrases will allow you to hone your search for materials on Libya during the Arab Spring: